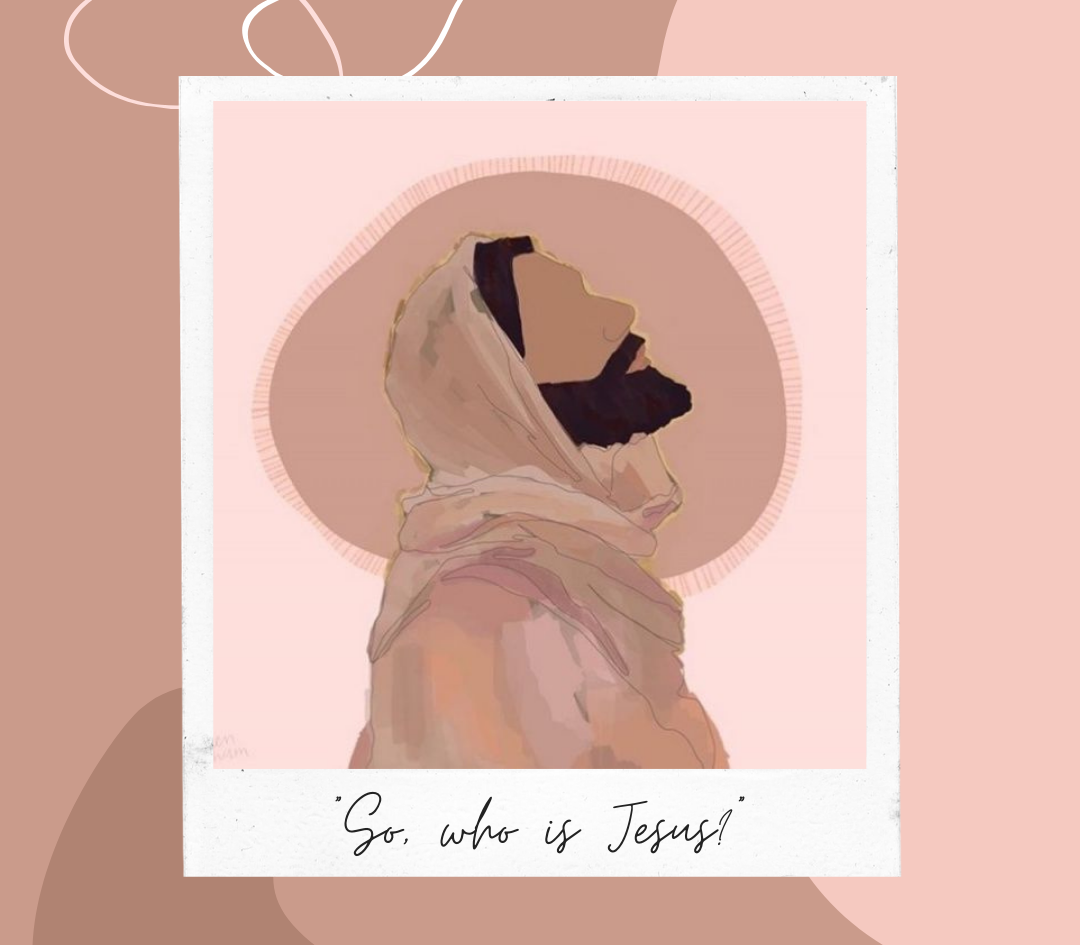 This is such a loaded question.

What did Jesus do? Why do people believe in Him and what makes Him so special?

Maybe you’ve never thought of questions quite like these and that’s okay – we’ll tackle them all here, together.

With Easter just around the corner I couldn’t be more excited – so let’s get into this!

As many of you know, the Bible is separated into two parts – the Old Testament (before Jesus was born) and the New Testament (during and after He was born). This is where we find everything we need to know about Jesus, it literally speaks about Him all throughout the Old Testament before He was ever physically walking the earth – it’s amazing!

This right here, is the first announcement of the Gospel (the good news) in the form of prophecy. The “woman” is speaking of Mary (the mother of Jesus) and “her seed” is addressing Jesus himself. This is where we read that Jesus is going to defeat the enemy, Satan, (“He shall [fatally] bruise your head”) through the death on the cross and His resurrection!

But let me back up just a smidge – “why are we talking about Satan and why did we just go there so fast?” Let me explain. In the beginning, God created Adam and Eve from absolutely nothing, well dust from the ground and a rib from Adam, but He created them in His image.

When I looked up the word “image” my jaw dropped because it literally means “a representation of the external form of a person or thing in art” – we are a masterpiece handmade by God! And not only that but we are made to represent and to reflect His character (honest, generous, patient, loyal, etc.) as well as His nature (laughter, love, joy, excitement, etc.) – wow!

No wonder Satan went after Eve and intern Adam in the Garden of Eden; they were beautifully created to glorify God and he wanted nothing more than to hurt God! What do you think someone would do if they wanted to really hurt a parent – they would go after their children! Satan, from the beginning, was a conniving, deceitful, manipulative, liar; always has been and always will be. God knew he needed to make a way for mankind to triumph over him, so he prophesied Gen 3:15 into existence.

Prophecy – “to say that a specific thing will happen in the future.”

This takes place at least fifty five times throughout the Old Testament where it specifically concerns Jesus and they all were fulfilled, no rock left unturned!

Now stick with me – we’re getting to the good stuff.

Immanuel means “God with us.” When Jesus entered the world He was not merely a man but He was also God – He is God! Let me explain.

Why is this important? It gives some context to the root of who Jesus is and the authority that He possesses through God the Father.

Jesus was not just someone who was born into the world to do good deeds or to show us how to be a “good person”, He didn’t just find his calling in life and decide to pursue it – His entire existence was to fulfill all that was spoken about Him in times past! Jesus came with a clear and distinct purpose, to bridge the gap between us and God – He is the mediator.

This is one verse my husband loves quoting; it’s just so good! We see here that Job was longing to be closer to God and for someone to mediate between him and God – to make a direct, personal relationship with God possible. Little did he know thousands of years later, Jesus would arrive and be an answer to his prayer! We needed Jesus, who was fully God and fully man, to be in the middle in order to bring sinful man into righteous (or right standing) communion with our Holy God – but it came at a high price.

From the very beginning, when the enemy deceived Eve in the Garden of Eden and sin entered into the world, there has been a required sacrifice that had to be clean and spotless in order for justice to be made for that sin. All throughout the old testament sacrifices were made for sin because it was the only way for man to be made right with God.

If you’re wondering what type of sacrifices I’m referring to, let’s check out this verse from Leviticus 17:11 (nlt): “for the life of the body is in its blood. I have given you the blood on the altar to purify you, making you right with the Lord. It is the blood, given in exchange for a life, that makes purification possible.”

Think on that for a moment – “The life of a thing is in it’s blood!”

In other words, the sacrifice was a life for a life. The life of a spotless animal by the shedding of it’s blood would cleans sin and make the person who brought the sacrifice, to the temples altar, in right relationship with God.

Jews in the Old testament and the New testament would take lambs to the temple as sacrifices for their sins. For hundreds of years they would continue to go back year after year because no lamb could officially take away all of their sin – until Jesus!

Two thousand years ago Jesus fulfilled this requirement. . . He gave His life (by the shedding of His blood) as the ultimate, final sacrifice for sin – we need not for another!

Jesus was the ‘Lamb of God’ – the one God gave to be killed like a lamb for our sin, for us to be saved!

How amazing is it to know that from the very beginning God set forth the way for His creation, for us, for you and me, to be brought back into the relationship He desires to have! And He did that by sending Himself in the way of His son – because He loves us!

For God so loved the world, that he gave his only Son, that whoever believes in him should not perish but have eternal life. For God did not send his Son into the world to condemn the world, but in order that the world might be saved through him. – John 3:16-17 esv

With Easter Sunday this weekend, I encourage you to meditate on just how much God loves you and how strategically He made a way for you to return back to Him because that’s where you were meant to be all along.

And if you haven’t made Jesus your Lord and Savior, you haven’t accepted Jesus into your heart, or maybe you need to rededicate your life to Him; I want to give you an opportunity to do that today! Know that God loves you, sees you and He cares – say this prayer with me out loud, no matter where you are!

“Heavenly Father, thank you for sending your son Jesus to die in my place, I admit that I’ve sinned and I repent, I believe in my heart you raised Jesus from the dead, I confess with my mouth that Jesus is my Lord and my savior. Come into my heart Lord Jesus, take out the stony heart and put in a heart of flesh, right now I receive forgiveness and by the blood of Jesus I am saved. I am made new. I am free. I am a child of God. In Jesus name – Amen!”

I’m really excited for part two – where I’ll be covering who Jesus can be in our lives today when we let Him! 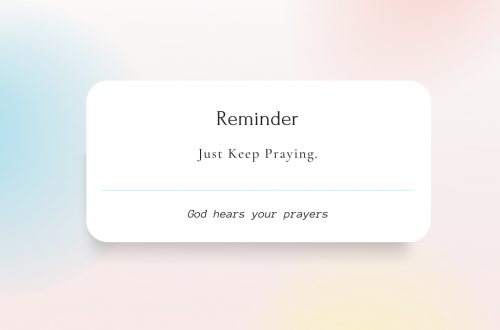 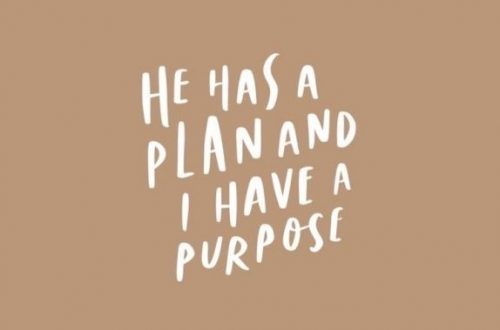 Seeking Direction: Do the last thing God told you to do. 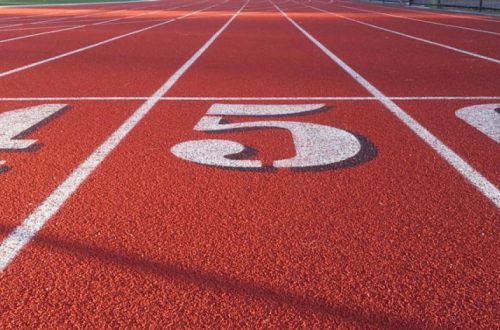 Stay In Your Lane